Not enough hours in the day 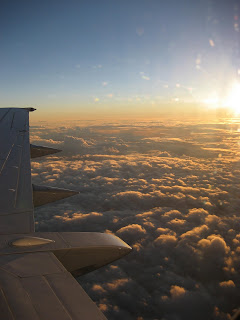 I can write list after list but I still end up doing long hours at the office when we're about to go away, more often than not, having left a pile of not particularly nice work for my team despite vast amounts of planning.

The photo above was taken on my first trip to Cologne to meet Oma. I was full of excitement and trepidation. I'd attempted to refresh my very poor Year 9 German for the occasion, but was so shy that I chose to be a bystander. I've always been far better at listening and reading a language than speaking it - I happily handed that mantle to my sister when she was 13, taking the creative hat for myself. 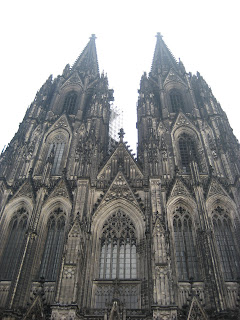 N and I are off to Cologne tomorrow for his Grandmother's memorial service. Just over a year since I first met her, just over a month since she died. She was such a strong woman with a cheeky twinkle in her eye - we had some amusing moments when we both knew exactly what the other was thinking despite the language barrier. I only wish I could have conversed with her - to get to know her. I can't begin to imagine how hard it must have been for N's mum to organise the arrangements, especially in another country. I hope it doesn't spell the end to the family going to Germany and meeting up with distant family.
Posted by The domestic novice at 21:28

Email ThisBlogThis!Share to TwitterShare to FacebookShare to Pinterest
Labels: travel