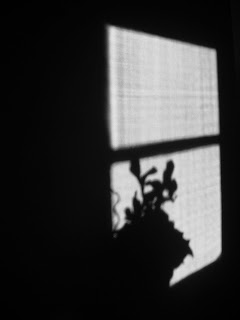 Sometimes this world makes me so very cross.

I met my old university housemate for a spot of lunch today at Cafe Rouge in Wimbledon Village - a pretty little spot in London, famous for tennis and little boutiques. We had a jolly time catching up, with tasty grub and a glass or two of vino. We stopped on the way back down to Wimbledon town for a coffee and then popped into a shop so that my friend could pick out a present for her nephew (a fantastic very hungry caterpillar money box by Portmerion - brilliant!). As she went to pay, she let out a gasp. Someone had taken all of her debit cards and her driving license out of her wallet. She instantly got on the phone to her bank to cancel them by which point the crooks had already taken £1,000 out of one of the accounts in Putney! It had been less than half an hour since paying for lunch. So, the remainder of our afternoon together was spent at the DVLA and the police station reporting the crime. We got a good look at the three people who did it (Cafe Rouge was pretty empty and they were the only people behind us, didn't order anything, acted suspiciously and then disappeared) and hopefully there will be CCTV footage of them. I guess they went into my friend's bag by her feet, took out the wallet (most likely whilst I was in the loo and she was waiting at the table) went through it selecting the cards they wanted and then slipped it back into her bag when she nipped to the loo whilst distracting me with some bizarre questions about the place.

For many years I lived in a bit of a bubble, thinking that lovely tree lined streets saw no crime - there just wasn't that much where and when I grew up. Or rather if it was there, I wasn't aware of it. In the last couple of years my bubble has, some would say quite rightly, burst - a number of houses next to my parents have been broken into and let's be frank, you can't live in London and think that crime doesn't take place just because you live in a leafy green area. I find it awfully sad that this is the world that we live in. Why should bubbles be burst, why should I feel uneasy when I see gangs of teenagers, what happened to respect and when did crime become the norm? It all just makes me so angry. I know that crime has existed for centuries, but that doesn't make it right! Goodness only knows what it will take to sort the situation out.

Right, rant over. Tomorrow I shall have some nice things to show and tell.
Posted by The domestic novice at 21:08