Yesterday was spent gadding around zones 1-6.

The day started with an appointment in Richmond, followed by a quick detour home because I'd forgotten something, up to Piccadilly for another appointment, a peek in the Royal Academy shop, a brief drool over the Laduree display in Burlington Arcade, 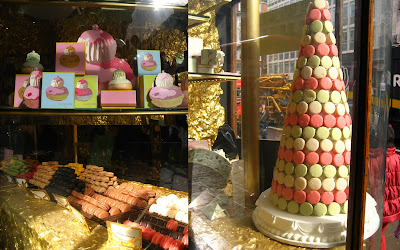 a stroll over to Berwick Street and to one of my favourite shops. 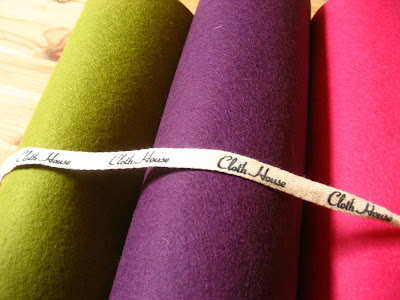 Having bought a few goodies, I meandered to the National Portrait Gallery. After attempting, and failing, to get a culture fix due to said purchases, refreshments were called for so I made my way next door to the National Gallery cafe for a small, yet trumpy hot chocolate.

Refreshed, I made my way to Embankment and crossed my favourite bridge over to the Royal Festival Hall, holding tightly to my skirt that was threatening to do a Marilyn Monroe. A ponder at the Sherbet Dab Swivel and a quick look in Forbes, and I was still an hour early for my dinner date with my friend K. Armed with a good book, I decided that a coffee and chocolate brownie would be a marvellous way to spend my time whilst I waited. We finally left Le Pain Quotidien 5 hours later having thoroughly caught up over one or two glasses of wine!

All in all, a lovely day in London dodging Spring showers, puddles and tourists, putting the world to rights and hopefully making some progress on the job front. My travelcard was definitely put to good use, as were my poor feet.

p.s. thank you for all of your lovely comments about the summerhouse. The tin of Willow has been bought and is sitting in the kitchen waiting for a sunny day!
Posted by The domestic novice at 16:22