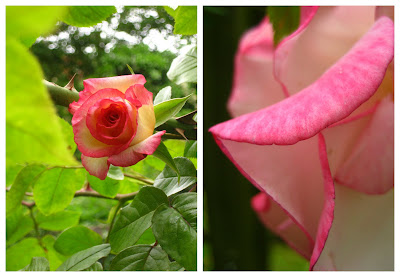 Hello there. I shall say this very quickly and then use my selective memory to swiftly forget ever uttering such words. I have neglected my little blog recently and it's down to working my backside off, and I'm loving it. It's stressful, the mind spends much of the time being rather boggled and I've yet to hit my 10,000 steps with my Fitbug, even once, in almost 6 weeks. But it doesn't matter. It's great. Hoorah for work. I still have my Patisserie Valerie addiction, but the cake intake has reduced, as has my coffee - it's now a treat, rather than a need.

Now...trendy books. Do you crave them or shun them. I'm definitely in the latter camp - quite often to my detriment. I've always been that way - the same can be said about films. For example, I'm still rather chuffed that we got to see Slumdog Millionaire on the 2nd day before everyone starting going on about it. I think I suffer ever so slightly from a disproportionate sense of disappointment - where something has been built up into the most amazing, must see/read/do, so much so, that I do. And oh. Phneugh. Really? You thought it was great. Oh. Sigh.

That said, I am guilty of gushing about things and expecting everyone to agree. Such a Gemini. Moving on.

So, true to form, I tend to buy 'recommended' books a year later from the charity shop unless I really, really have to for bookclub. I'd imagine there were rather a lot of us who wound up reading The Reader, thanks to the film earlier this year. (I haven't seen the film - oh, and those are a disappointment too - they always butcher the book. Stardust is a prime example. I made Mr M sit down and watch it with me because the book had been 'brilliant'. Twenty minutes into it and we were both absorbed in our email. Quite). It was our bookclub book and thankfully I picked up a copy for £1. Treading carefully now...it was probably just me...but...it wasn't quite as captivating as the many reviews had me believe. Yes, I understood the messages. Yes, I could visualise the scenery. No - I can't recommend it. It left me saying 'phneugh'. I was left feeling a little beige.

However...since the book of beige, I have read two stonking books - highly recommended by all (including a lovely girl on the tube who saw me reading one of them and told me that I would need tissues for the ending because she sobbed her way through the final soggy pages). First up, A Thousand Splendid Suns - So insightful. All the more shocking because it hammered home just how unaware I had been about the world outside University and home at the time. I finished the other book this morning - The Pirate's Daughter. It's one of those books that you pick up when you're looking for the 3rd book in the 3 for 2 offer and then put back down because you're not too sure. Plus Richard and Judy had recommended it with one of their bookclub stickers which, as you can probably guess, put me off. It decided to haunt me. Posters on the tube, spotting more than one person reading it on the train and a fleeting appearance at a book sale. Finally, I caved in. Another £1 at the charity shop and how pleased I am to finally read it. It really is a little random, but a jolly good read - vivid escapism at its best with a dash of history.

Hope you've had a lovely week. I can't believe it's almost Friday again. Where is the time going?

Right, must go and pick another book from the pile of uncool reads.

p.s. the pink rose above is our slightly disobedient climber who, thanks to the direction of the sun, has deigned only to open one rose on our side of the trellis and the other 12 blooms on our neighbours side. Pretty though.
Posted by The domestic novice at 22:05