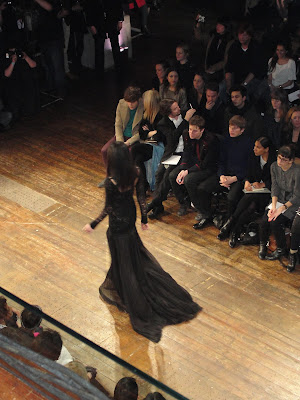 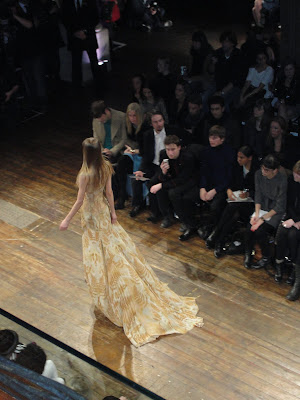 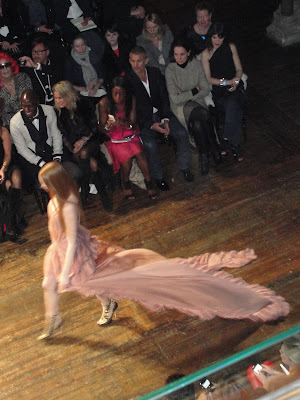 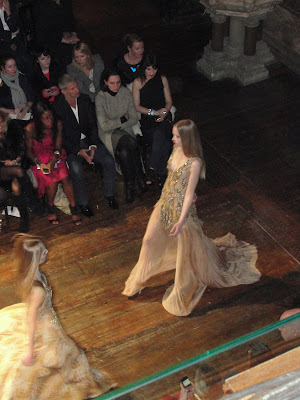 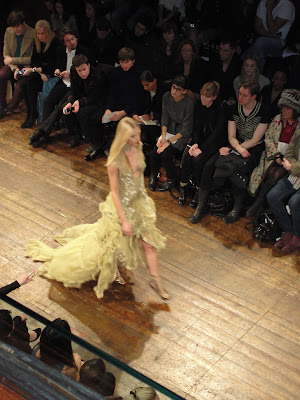 There are moments in your life when you really do have to pinch yourself. Never in my wildest dreams did I think that I would be hot-footing it across London to get to One Mayfair to the paparazzi scrum that was Julian MacDonald's show. Our tickets were standing only so we followed the throng up the stairs to the gallery, with a white chocolate bellini in the hand, past the beautifully scented candles and pushed our way to the front. Gothic, incense-filled, dark, atmospheric, hoards of celebs - Juliette Lewis (clearly stalking me), Jo Wood, Bianca Jagger, Amber Rose and Hilary Alexander in the biggest fur hat you've ever seen - I'm sure it had a tail. We were reading the tweets as we peered down from the Gods, and apparently 7 models had only just turned up and the show was already 15 minutes late. After 45 minutes, one Hilary Alexander got up and, to cheers, went and knocked on the door to chivvy them along. The lights were dropped, a theatrical voice started to boom and the show was on. Black, Gothic, lace meets Twilight, followed by glorious pale gold and pink creations that seemed to lap at the models feet like the tide, all to a pulsing beat. 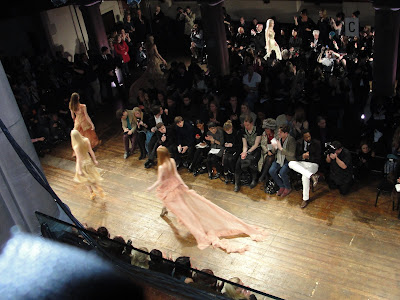 And then it was over - and we were making a break for the tube. Madness.
Posted by The domestic novice at 01:01