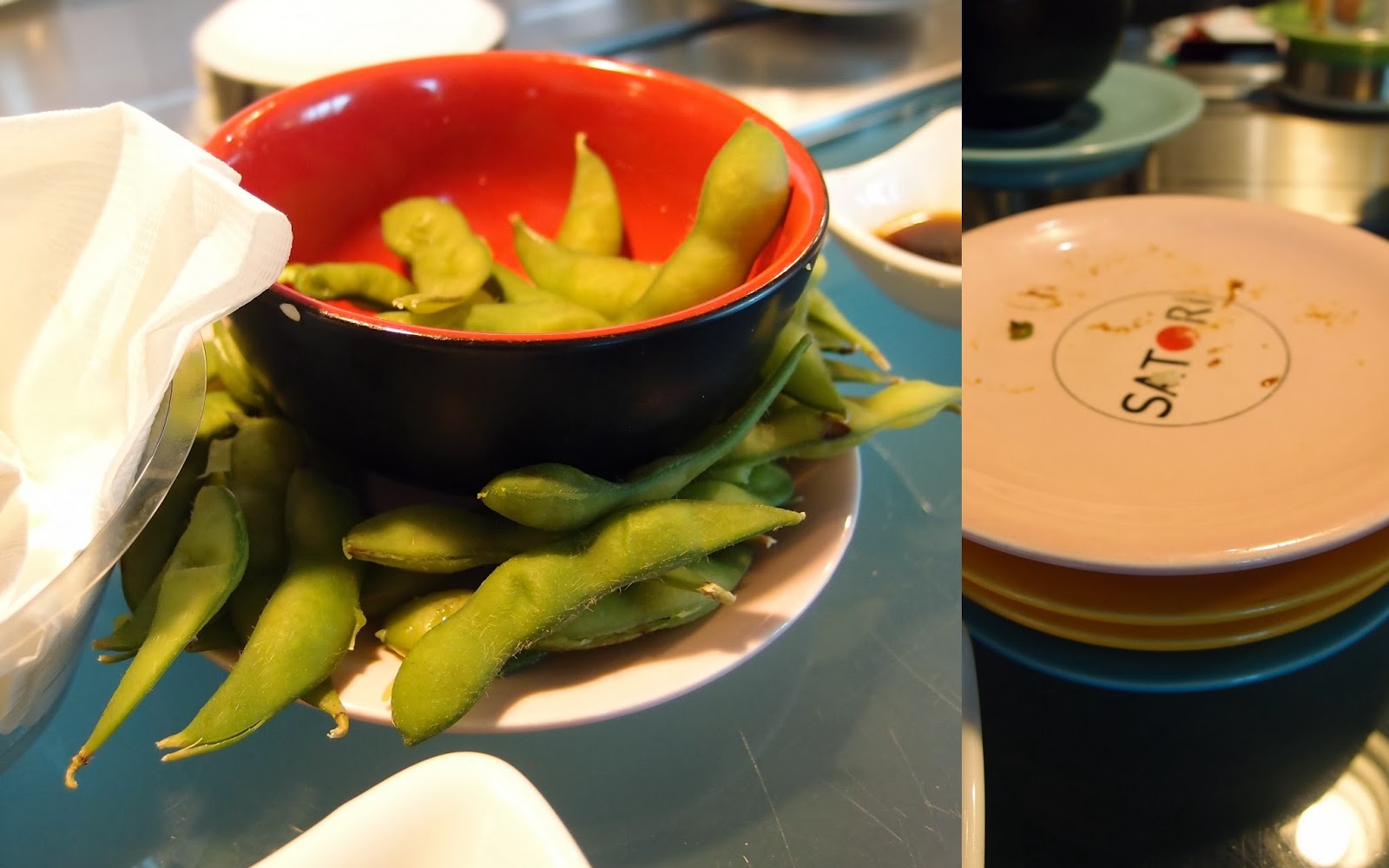 Hey - how was your weekend? We popped into Satori for some Saturday sushi and a break from shopping. The fun of the conveyor belt, the interactive menu, jasmine tea, a cold Asahi and the sheer childlike joy of deciding which plate to grab as it silently swooshes past.

We've been going to Satori for years - originally based at the cinema in Kingston, they are now on the top floor of Bentalls oddly hidden behind the children's department (they really do need footprint sushi for you to follow to get there). As well as devouring plates of delightful sushi from the conveyor belt (do try the deep fried soft shell crab), we made our way through a selection of fried gyoza. Absolutely scrumptious. They've got some serious competition with Yo Sushi having recently opened two floors down (the queues were ridiculous). I'm hoping that Yo Sushi will result in more sushi lovers, who will then try Satori. If you want a little contemplation time away from the madness of shopping (and queues) and you want to support an independent, it's well worth popping in.
Posted by The domestic novice at 23:19