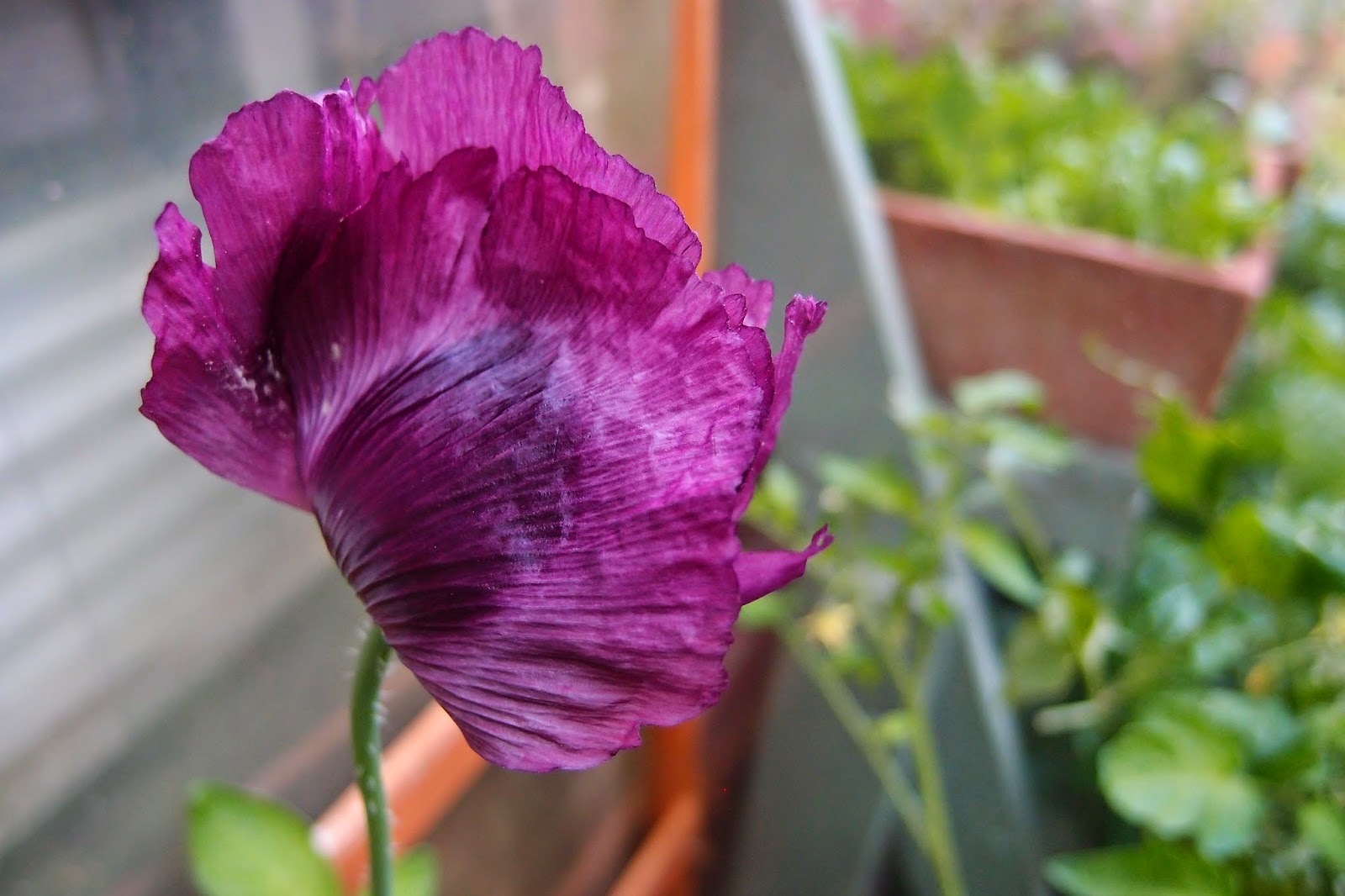 So. According to the plant label I wrote, goodness knows when, this exciting bloom is called Ooh la la. There was much excitement that, from an entire packet, one had made it. Then I failed miserably on the potting up front, so the poor pup had to cope with living in confinement, wedged in amongst Mr M's tomatoes. Then on Wednesday, Mr M sent me a photo of it finally blooming whilst I was at work. All street cred lost as I showed the photo to my team. And then I googled Ooh la la poppy. This is what you get. This is not what I have. A little confused, but still pleased at the lovely purple tissue paper that graced us with its presence for 48 hours. 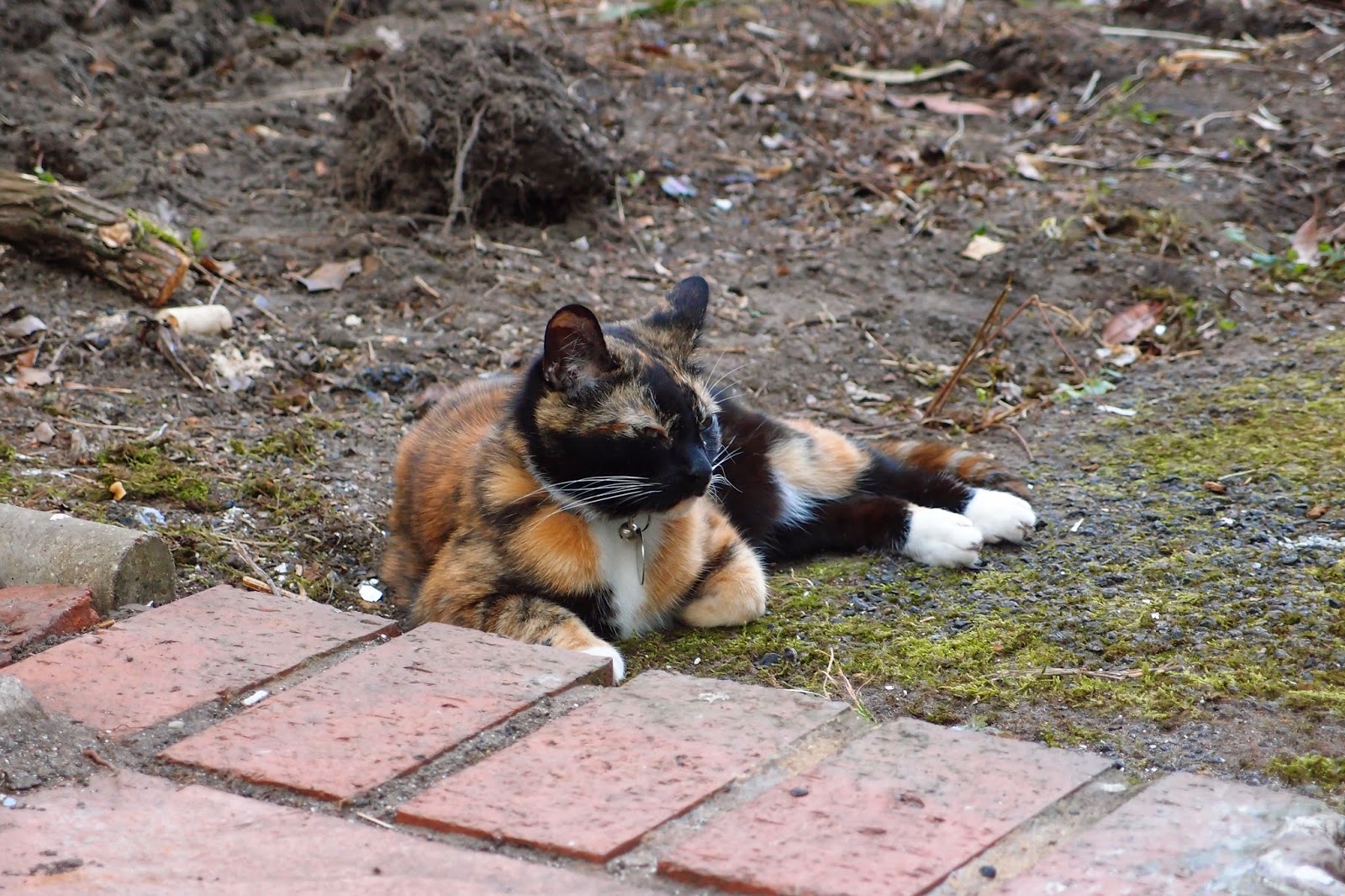 In other news, our build is underway. Day two and our front garden is full to the brim with skip, portaloo* and pipes. Our drainage system has been dug, and laid. Miss P hovers somewhere between acceptance and not so keen. She rather enjoyed running along the trench yesterday that was just her height and width, and is enjoying rolling in filth - little monkey. We saw our kitchen design in 3D for the first time today which was so exciting - a little vision in our head, formed after copious amounts of red wine back in March last year - a long time coming but it's going to be such an improvement.

*Not for us. Thank goodness. Can you imagine? 3 months of Glastonbury-style living - dire.
Posted by The domestic novice at 23:04