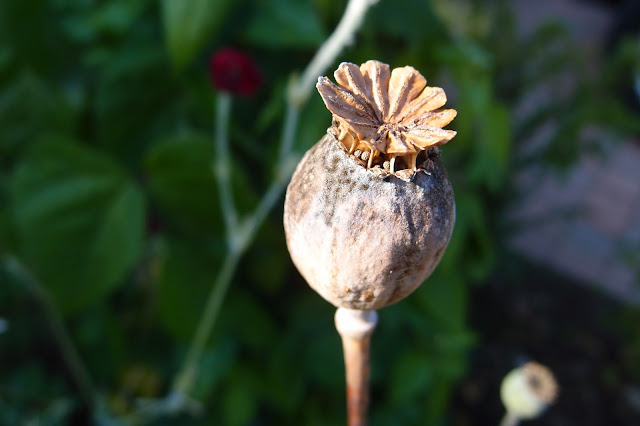 Tricky one that. Writer's block. Perhaps I should call it 'Acute Concentration Failure' or ACF for short. I appear to have rather a few drafts which haven't got much further than choosing a picture and the second paragraph. I can only presume that there was something of vague interest on the television, that the glossy life of Instagram was infinitely more exciting than mine and I had my eye on my work phone.

I could have started this post like so many of my others in the last 12 months - 'it's been a long time since I was last here…' or 'sorry for not posting…'. But no, enough of the guilt. I could offer up some excuse - too busy, one laptop between two - that type of thing, but again enough of the empty excuses which whilst valid are tiresome for those popping over to my little world. I've basically become lazy - a late adopter, but oh so big advocate, of Instagram which has helped the ACF or perhaps made it worse. My pocket blog without the editing and image resizing.

A lot of bloggers seem to come to the all important 'What's the point? Why did I start this?' questions in their blogging journey. For me, there was a point when blogs were all consuming - I lost hours of my life hopping from blog to blog, writing blog posts before I went to work and then worrying that I hadn't posted frequently enough, watching as some bloggers became so successful they gave up their day jobs, some became blog celebrities, every second post became a product push - combined with newer content thrusting, shinier lifestyle portals. Sites that brought all your favourite blogs together under one roof - yet another 'inbox' that you never quite got through.

The donk to my head in January certainly helped my ACF... I was pretty much good for nothing other than tapestry for the first four months of the year, and even then my memory for the first half of this year is comedic - many a question has been met with "Did I? Oh dear, I don't recall saying/agreeing to that at all."

But despite all my Instagramming and liking and commenting because it's just so darn easy and doesn't require signing in each time, I've missed blogging. I've missed the creative process of writing down random ramblings. I'm sad that 2015 is the least documented year of the past seven. That my photographs are taken across three devices and that I sometimes don't think to dust off my camera for weeks. I've just plugged in my camera and copied over 600+ photos from the last two months which is just crazy. I don't like how fuzzy my iPad shots are compared to my iPhone which are still not as crisp as my darling camera.

I started this blog for two people - my grandfather (then a sprightly 84 year old) and me. A visual diary and reference point. My grandfather can no longer use a computer, but I jolly well can. This blog has documented my late 20s, my early 30s and there's no reason to stop now. Heck - I've got so many things write about - the return of evening crafting and reading and sleeping. That damn crochet blanket (which I did undo…I just couldn't live with the back-to-frontness), the never-ending renovation of our sitting room and the installation of our first wood burning stove (if the chap from the shop ever comes back to us with a quote - I mean really, it seems as though you can't give money away to your local high street), our trip to Devon and how I fell madly and deeply in love with The Pig in the New Forest, the Naval wedding (swords and uniforms - oh my), Mr M's tomatoes and chutney making (apparently on an industrial scale), that weekly acupuncture and osteopathy means that I can touch my toes for the first time in 36 years, how I've given up processed sugar and alcohol but do allow myself some cheeky dark chocolate (yes, I've become 'one of those' but the weight loss has been great)…I could go on…and I will. I'll be posting regularly - weekly to start with, and then who knows.

If you've read this far - well, thank you. Thank you for popping by my little blog and do pop back again soon. If it seems a bit quiet, I'll be over on Instagram - it seems to consist of cat paws and compote, but we're running head first into Autumn, so it might get shaken up a bit with some homemade soups and seed heads.
Posted by The domestic novice at 18:08