Oh, how I wish my needles sounded so. I am a very s-l-o-w knitter. As soon as I begin to feel confident enough to tear my eyes away from the stitches that are forming, perhaps to catch a glimpse of the television, I somehow manage to knit underneath the stitch, increase the stitch or entirely drop the darn stitch - lots of unpicking instead of knitting. Goodness only knows how my mother manages to watch television and/or read a book at the same time! Apparently it's because she started knitting at the age of 8 which means I'm already 22 years behind. Super.

I had a rather wonderful woolly weekend (for the 2nd week running - hoorah!) - 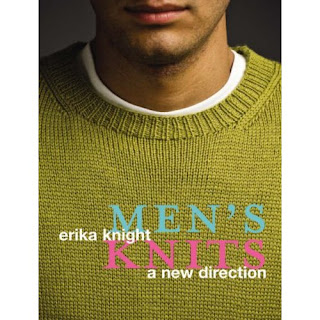 As promised here is a wee collage of the first few swatches... 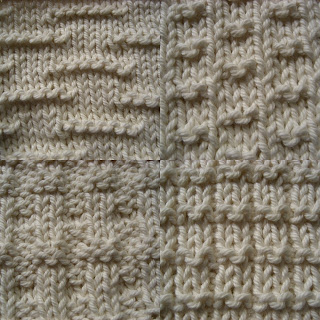 Right, time to pick up the needles and crack on with my little project. Have a wonderful week! I shall spend mine trying to ignore the financial meltdown. How will you spend yours?
Posted by The domestic novice at 19:09

Email ThisBlogThis!Share to TwitterShare to FacebookShare to Pinterest
Labels: knitting