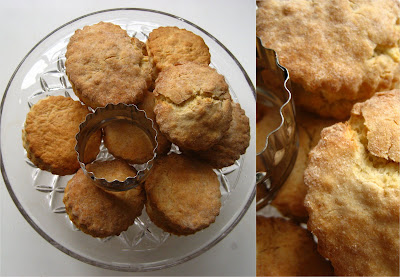 As I flicked through the pages last night, I was taken on a delightful amble down memory lane. As a child, I devoured many of the books that Jane has included - Malory Towers made me yearn to go to boarding school, Moonface and Silky had a lot to answer for up in The Faraway Tree and I got lost for days on Kirrin Island in my Famous Five series.

So, I was eager to cook something from it today. Adamant that I would only make something using ingredients that were already in the flat, combined with the fact that the butter was still in the fridge, scones were the only answer. And how pleased I am that they were. Swift to make and bake, and even swifter to eat particularly with a good cup of tea. It's amazing to think that I haven't actually made these since my home economics class at school! 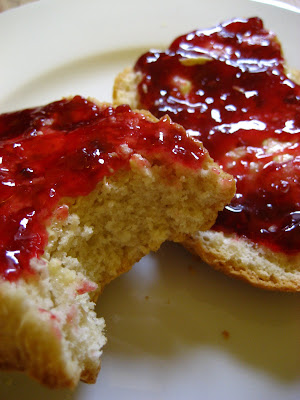 And as Miss Dimity knows - they are just swell with raspberry jam.
Posted by The domestic novice at 15:10