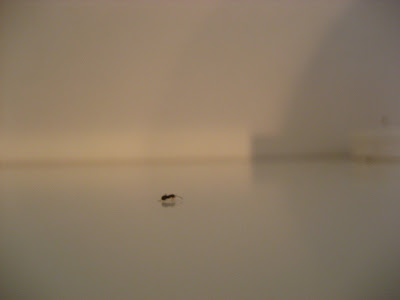 ...ry. Well, kitchen actually - if we had room for a pantry I would be giddy with delight because if we had one of those then we would definitely have more than one bedroom, which we don't. Sigh. The lovely warm weather appears to have woken up these little blighters (the least offensive expletive used when I spotted them marching down our kitchen wall). Perhaps understandable in June, but not in March - that's just silly. They're getting in through a crack in the ceiling - grrr.

But still, can't knock the weather - it's been an absolute delight. I even wore a short sleeved t-shirt today - oh yes! I've thoroughly enjoyed eating my lunch and taking a tea break outside in the sun on this marvellous invention. It's in the only spot of the garden that doesn't have a tree hanging over it - splats from above are reduced, however I'm sure that some of the crows and starlings plot and take aim... 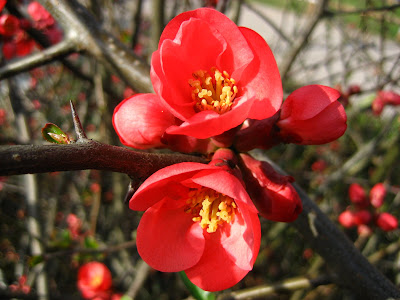 On an entirely different note, Mr M showed me this on YouTube - it's brilliant!

Right, I better start cooking dinner as it's 8 o'clock, there is an hour of gardening on BBC2 in the kitchen and cricket on the radio in the sitting room - along with Mr M constructing a shelving unit for his workshop from scratch. He's such a resourceful fellow.

Have a lovely weekend! Catch up next week.
Posted by The domestic novice at 18:33