If you walk to the end of Irsha Street, away from the village, past the Lifeboat Station, you come to a part of the estuary called Skern. When the tide is out, you can walk along the shoreline being careful not to stand on patches of sinking sandy mud. The flats along the point are strewn with random building debris, sewage pipes and the odd boat skeleton. A gull lifts its head to the sky and calls. Our first walk was cut short - the wind and rain too much to bear - but not before we'd spotted one or two shoots of wild samphire. Our second took us over Skern, past Grey Sand Hill and onto the South Gut in the direction of Westward Ho!. The sun remained thinly veiled as we walked, pausing to admire the view, a flower, a pebble, a dog, a sheep. Turning a corner on Skern, the mud flats had become a vivid blanket of green. An edible green. 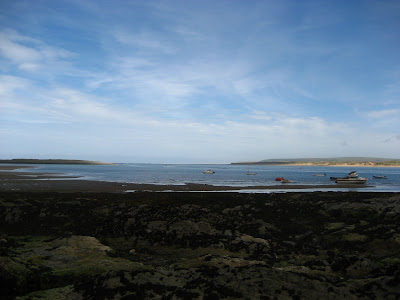 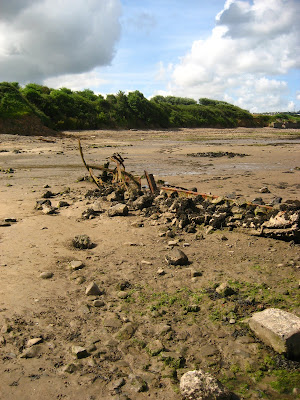 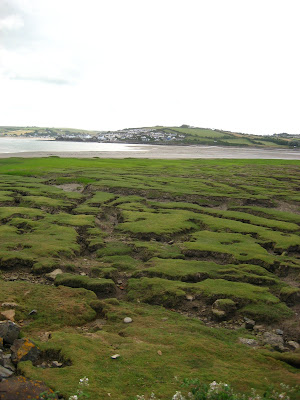 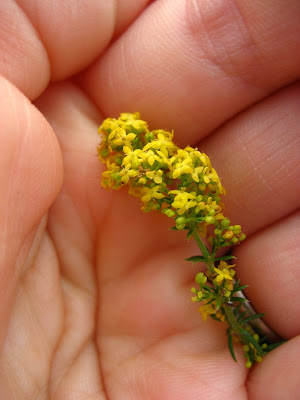 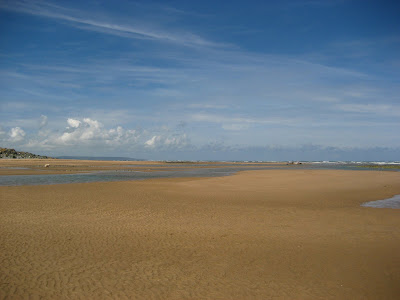 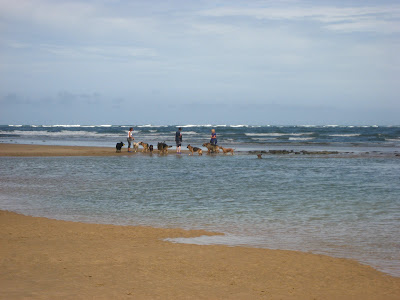 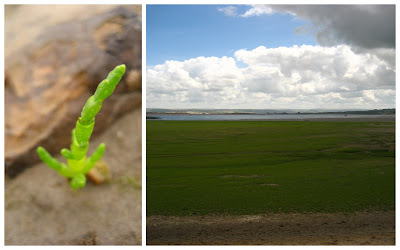 Skern samphire - such an unexpected, breathtaking sight.
Posted by The domestic novice at 12:59