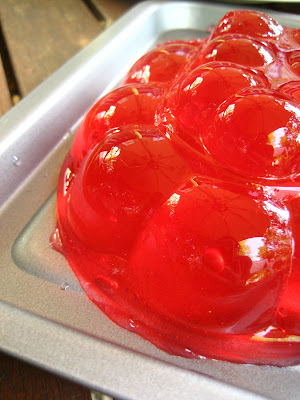 It wouldn't have been much of a birthday for Mr M last week without jelly and ice cream and giant Jenga. Not quite on the same scale as the official jellymongers, Bompas and Parr, but darn tasty. Speaking of jelly, I spotted some marvellous jelly mould candles in the Royal Festival Hall shop yesterday.

The big question has to be plastic or metal jelly mould?
Posted by The domestic novice at 18:00