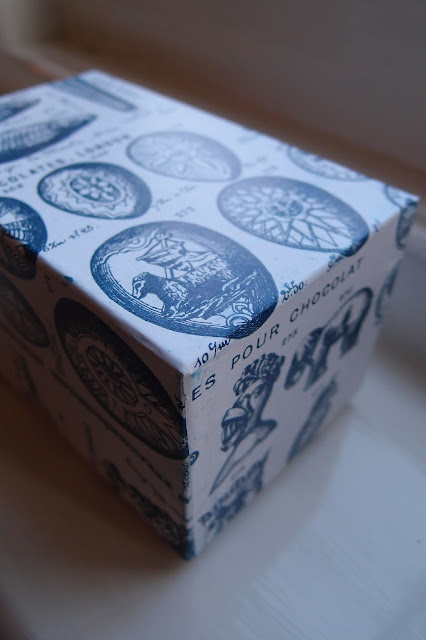 I moved offices back in November to Knightsbridge. Oh yes. Goodbye National Gallery, hello Sloane Street, daaarling. Harvey Nic's is a stone's throw away and the millionaire boy racers are out in force. It has added an extra half hour to my journey which isn't the best (if I had one of their whizzy cars it would be much quicker), but it is a lovely area to be in. And you can at times, whilst strolling at lunch, almost imagine what it must be like to be so astonishingly rich that you're actually a bit bored. Which for some women seems to equate to an awful lot of work in the facial region.

My nearest coffee shop is sadly the tax-dodgers favourite, which is two doors down from Patisserie Valerie, which is four doors down from Ottolenghi (amazing display of food - almost all of which has citrus, dammit - and comedy 'too much money' service - most of the clientele have never heard of a lunch hour - perhaps it's a new speed facial).

Opposite is Rococo, the fabulous chocolate shop. I have long obsessed over their packaging and what might lie within. Goodness knows how many times a box has almost fallen into the basket at Waitrose - but I've always been very good and reminded myself that it is a little too expensive for a box of hip enhancing nibbles. But when you're confronted with the actual shop, it's hard to say no. I didn't really need an excuse to go in, but did need to buy a little something for Grandpa's Christmas hamper so in I went.

I bought two boxes of chocolate mint thins - one for Grandpa and one as a Christmas treat for us. And hand on heart, they really were the shiniest, glossiest most grown up mint thins I've ever eaten. I am unashamedly an Elizabeth Shaw addict - there is something so divine about crystallised minty sugar - but these were really very good. And they have a little cafe at the back which apparently does one of the best hot chocolates in London. Can't wait to try. And a little courtyard which I shall venture into in the Spring.

If I could, I would turn that packaging into wallpaper. Do have a look at their website - the fountain pen sketches are really quite delightful and apparently they do chocolate courses too. Tempering anyone?*

*that's usually how I feel once I've battled two tubes to Waterloo. I would happily temper someone on some marble.
Posted by The domestic novice at 18:00

Email ThisBlogThis!Share to TwitterShare to FacebookShare to Pinterest
Labels: Knightsbridge