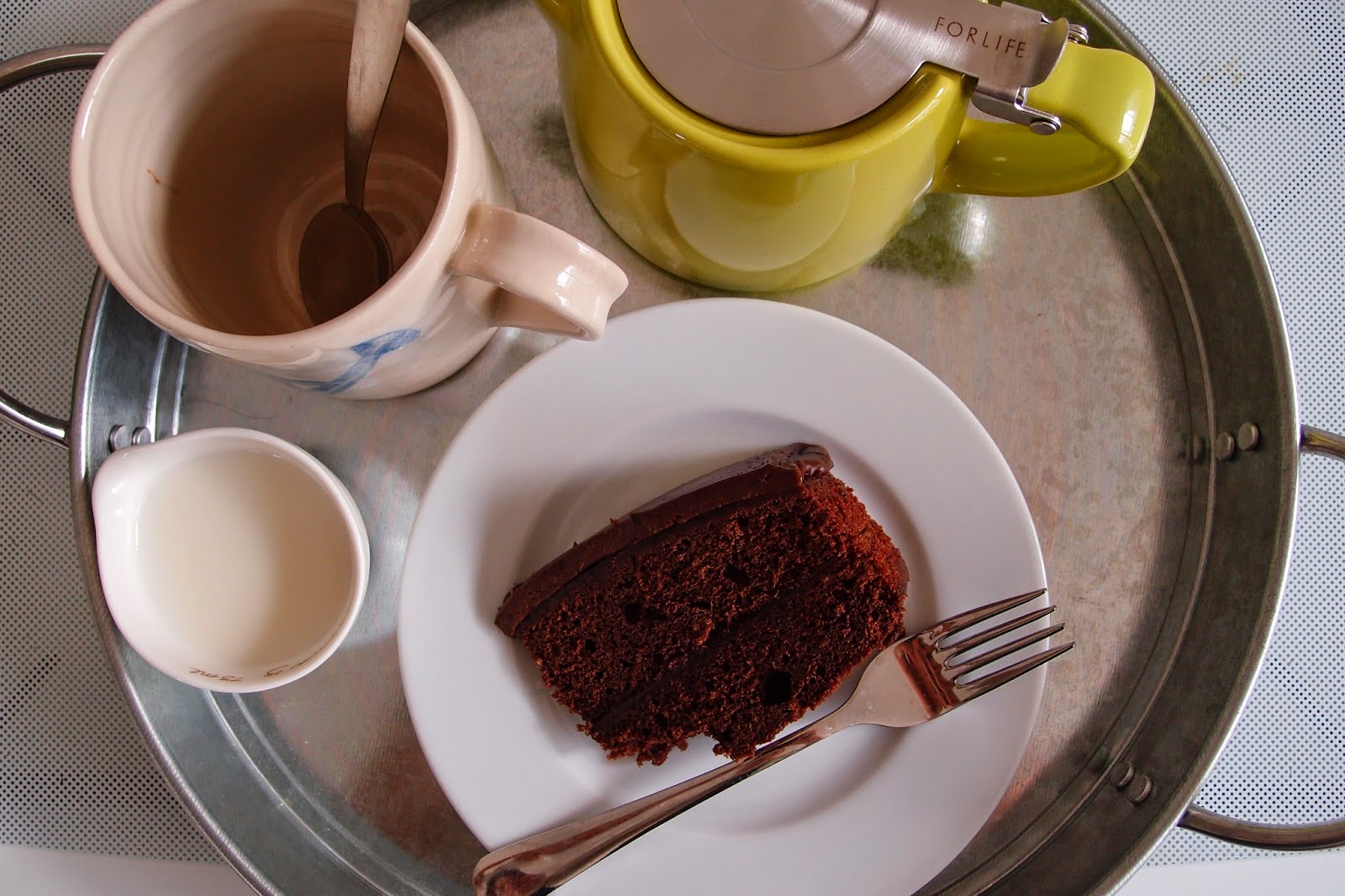 Was surprisingly productive. Errands were run, new recipes were tried, a bowl was spectacularly smashed, more garden was cleared, I used my birthday teapot* and had my last slice of birthday cake, sleep was sweet and we were transported back to 1994 with Metallica headlining Glastonbury** (noth-ing else matt-ers…).

What did you get up to?

* Thanks to my parents, but really thanks to the awesome Miss H who took me for tea at Tate Modern where I fell in love with it immediately, quelled the rising 'justpopitinyourhandbagnoonewillnotice' voice and added it to my birthday list.
** I wish I was the festival type - sadly, I dislike huge crowds and the lack of a daily shower, and being unable to actually really see the person on the stage, but I do like being a sofa festival go-er. Our neighbours less so. Thoroughly enjoyed Ed Sheeran's set, and Ellie Goulding - goodness, she's energetic - and cross that I missed Dolly Parton. Must confess that I'm now watching the Costa Rica/Greece match as the current set isn't really my cup of tea.
Posted by The domestic novice at 22:46