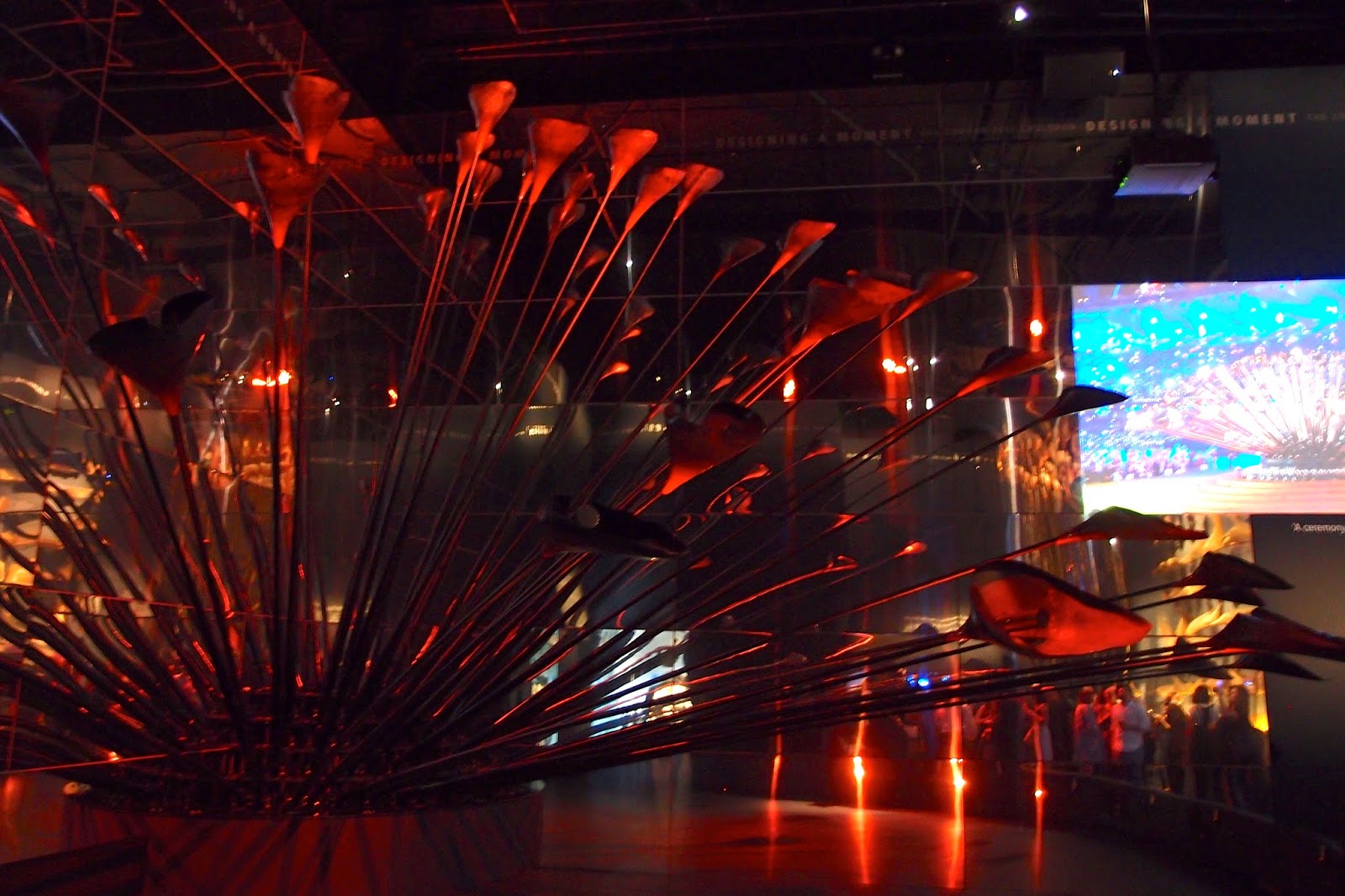 Where did you watch the opening ceremony of the London Olympic games? I watched it with Mr M in the old flat sat at our dining table. We weren't expecting much - we were half expecting to turn over with an 'oh well'. Two hours later, we were still rooted to our seats. Danny Boyle had conjured up the most incredible spectacle - the industrial chimneys had risen, the NHS beds had twirled, the teams had paraded, the rings were ablaze, we'd decided to buy the album and then, James Bond rocked up, the royal corgis had cameos, the Queen had hopped out of a helicopter, there was a David Beckham moment, and then the torch bearers arrived - the former Olympians handing their torches to the next generation. And then silence. Breaths held. Ethereal music as phoof, phoof, phoof, phoof, phoof, each petal ignited and then on long spindly arms they drew upright to form the cauldron. It was simply perfect. 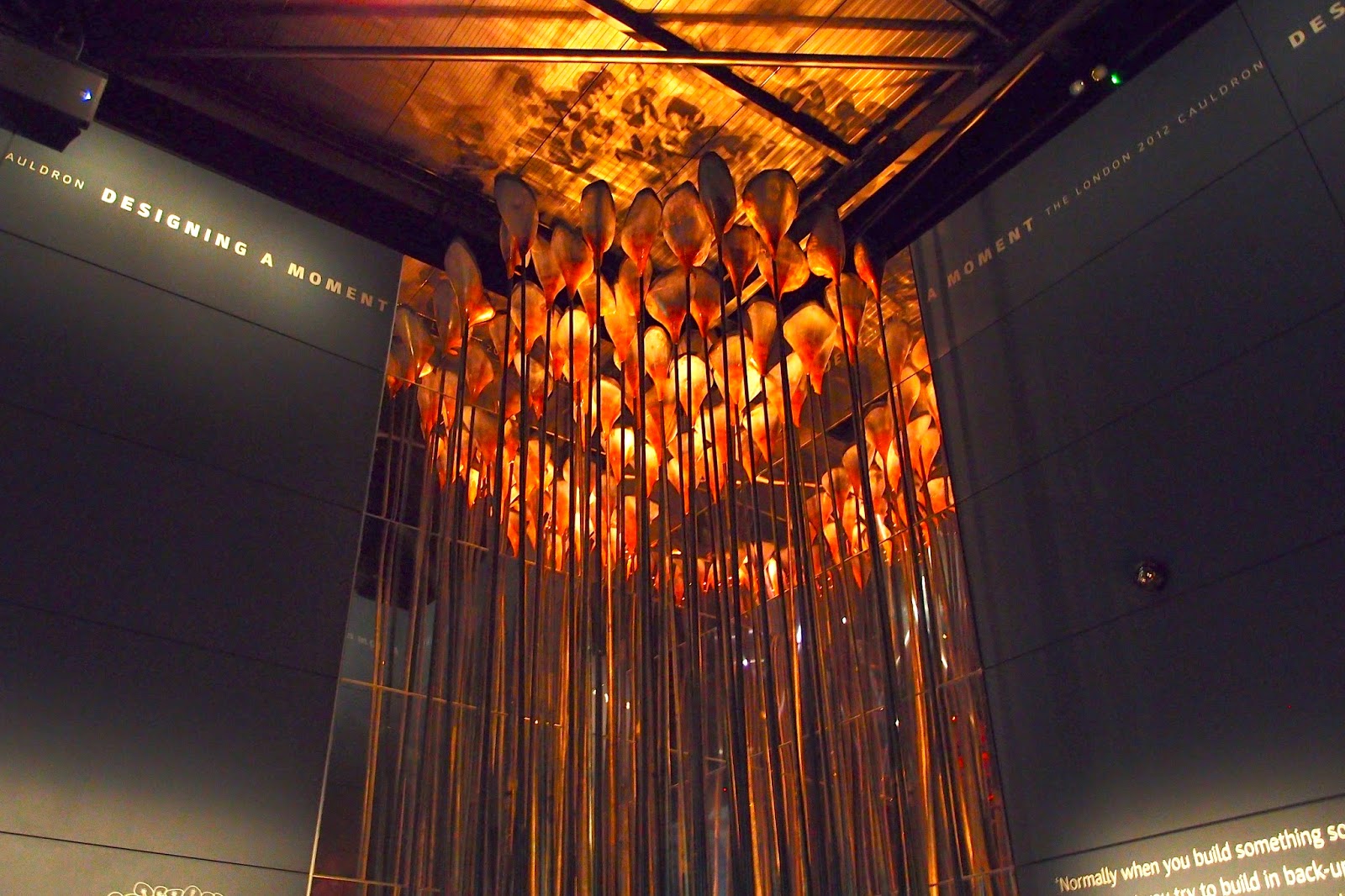 Now - it was only afterwards that we discovered that our neighbour, as one of the games makers, had been part of the dress rehearsal. And then I saw Thomas Heatherwick speak at the Global Design Forum about the cauldron (the project code name was the named after their spaniel) and that breath holding moment. I developed a design crush on Mr H before the Olympics after we watched his Ted talk about the Seed Cathedral and the new Routemaster. And then there was the moment that I was too shy to say hello at the V&A, just after I'd side-swiped Zaha Hadid with my handbag (oh, the shame) and scuttled home. Then I saw him speak at a dinner - about the garden bridge project. And then I was lucky enough to bag an invite to the opening of the Olympic Cauldron at the Museum of London last Thursday (spied Grayson Perry - all very exciting - fabulously coordinated make up and dress). Mr H was stood just to my right as I took these shots. He was being mobbed, and I didn't want to be another mobbee. So I played it cool, and ignored him. Oh dear, this makes me sound like a stalker - dear reader, entirely unintentional. Next time, because this is likely given the current track record, I will say hello and gush just a little bit and then make my excuses due to excessive flustering. A glass or two of champagne courage will be required. 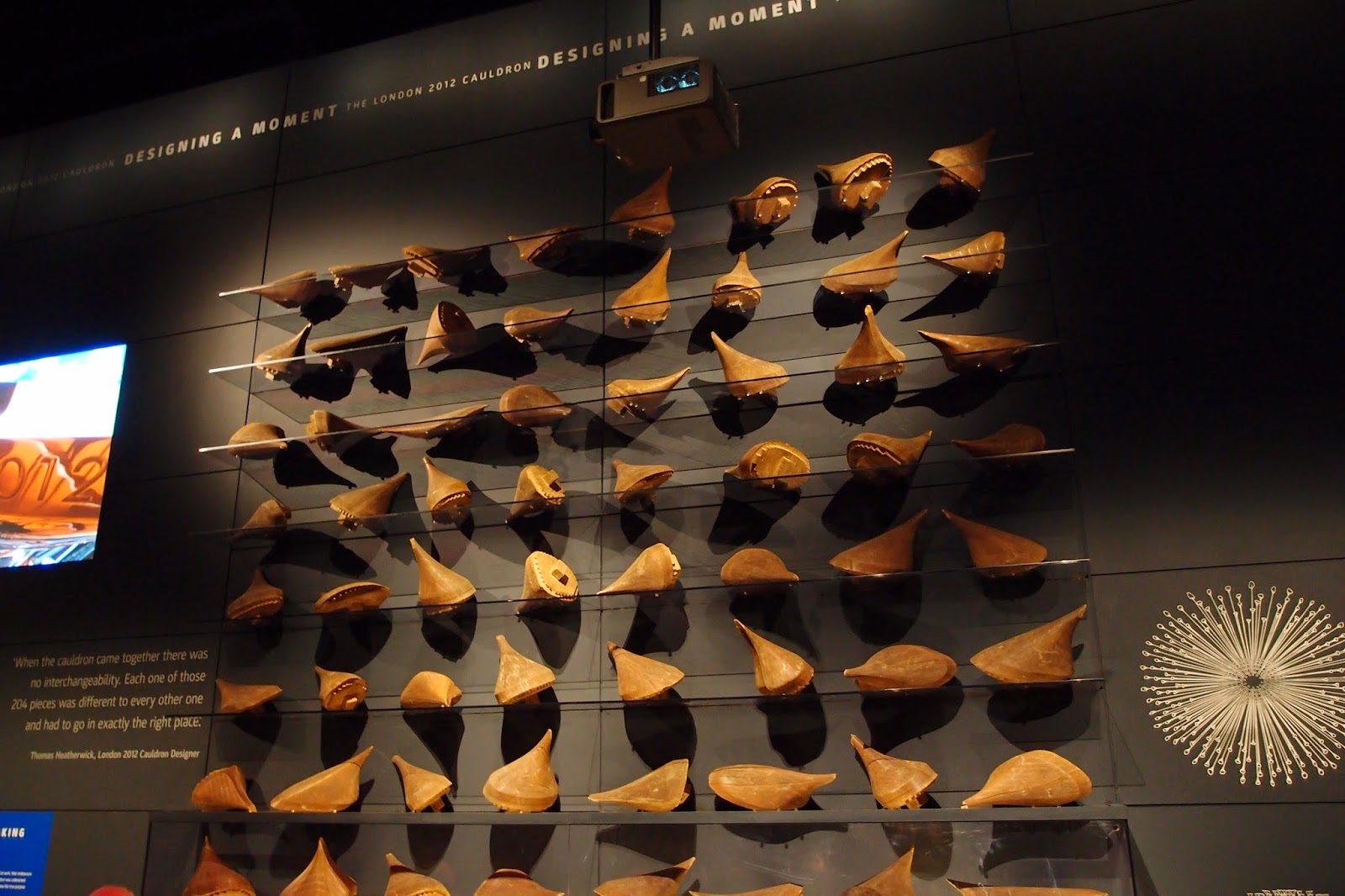 Oh, the Olympic cauldron, sorry, yes. So, the exhibit at the Museum of London is really well done - they have a gallery of London Olympic games sketches completed during the games as well as Kapoor's original sketches of his ArcelorMittal Orbit. The cauldron itself has its own special room. For some reason I thought it would be outside. And lit. Silly me. It is magnificent despite the lack of pyrotechnics - I don't want to spoil too much. If you get the chance, do go. The Museum of London is an absolute gem. It has a brilliant shop, and fabulous cafe that spills outside, and much of the exhibitions are free including the Olympic cauldron. It's a 5-10 minute walk from St Paul's Cathedral.
Posted by The domestic novice at 21:57