Before and after - our new kitchen larder

When we bought our little cottage, the decor had breathed its finest hours in depths of the 20th Century - each nook and cranny was a nod to a particular decade. The bathroom was rocking an early 1990s pastel and white design. The small bedroom embraced the very orange flower power of the 1960s. The kitchen had the original 1920s windows, the 1970s boiler and lino, and the 1980s fitted cupboards. The larder had a 1950s vibe. Handmade fly screen cupboards, more pipework than a Heath Robinson sketch and a very exciting electricity box. 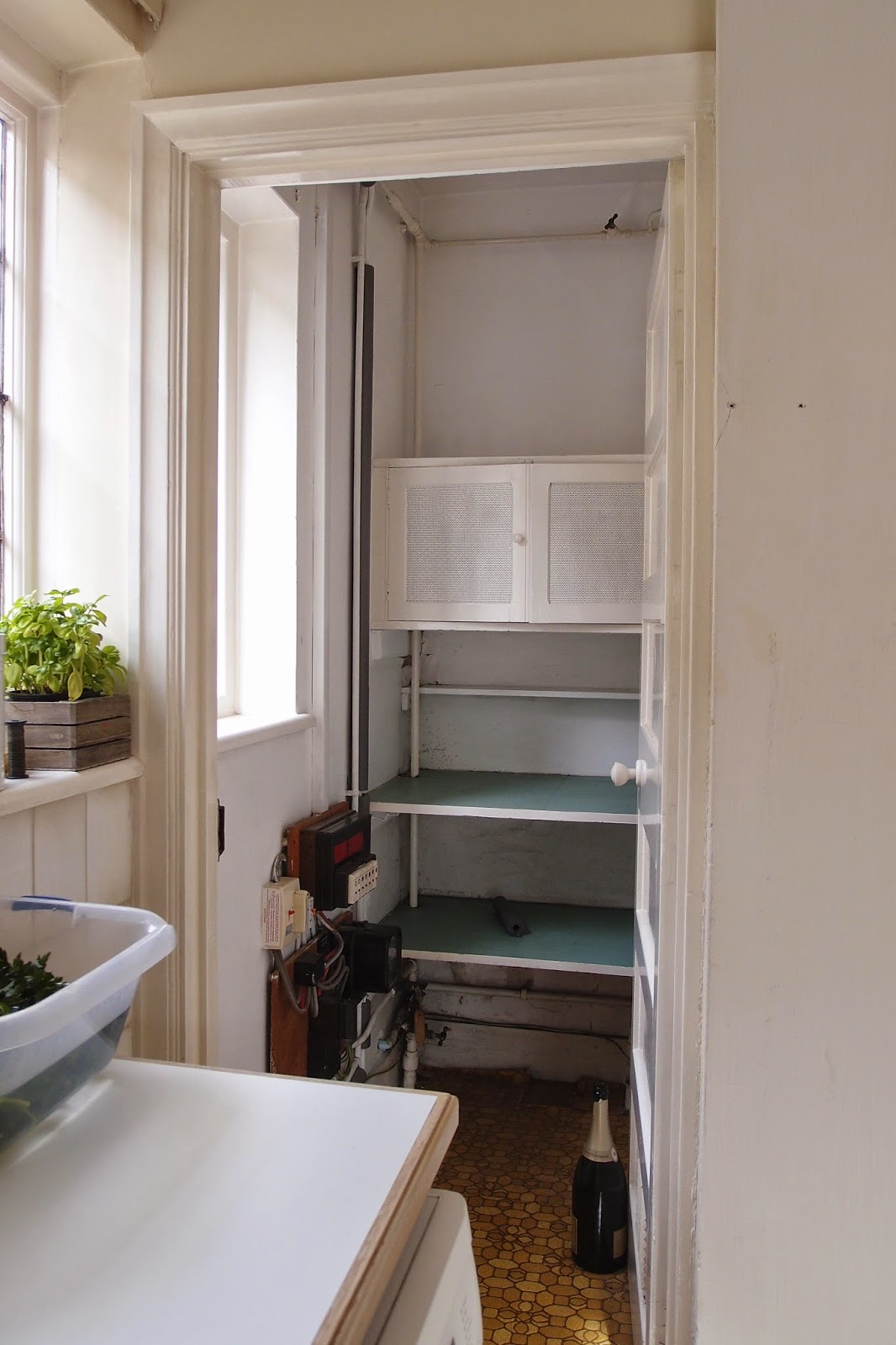 Our incredible builders worked their magic. The space was reduced, the door turned, pipes were removed and those remaining were sunk, the electric box was replaced with a shiny white box of tricks with switches. With the walls painted white, we called our carpenter.
His team worked their magic. After a little bit of jiggery-pokery, it's now become a brilliant larder with fancy shelves and a home for pretty much everything.
Each time we open the door, we can't help but go 'oooo'. We no longer have to get on our hands and knees (with a torch!) to see what we have. We've still got a few finishing touches left to do - the fancy wine rack, proper labelling for the kilner jars and Mr M's spice rack for the back of the door. I'm not a massive microwave fan, but we bought it during the build - it's one of those combi pups. I've used it once since the builders left. It's shiny and space age. The oak shelf above the door isn't quite finished - Mr M made it from an off cut from the work surface. The brackets need to be painted white and the shelf oiled a few more times before we can pop my Grandmother's old loaf tins up there.

So - that's my first kitchen show and tell. I can't believe it's taken me so long to share. We still don't have the splash back or blinds up, but slowly but surely the grand reveal will come.
Posted by The domestic novice at 18:00