So. I have a rather big birthday this week and the fantastic Mr M presented me with an itinerary last night. Day one - to London to snoop on the hidden and private gardens open once a year thanks to the Open Garden Square Weekend.

First stop was Portman Square next to Regents Park. Rather an apt start as it was the private square that my March job had a key to and I left before I could take advantage. It was so serene. Tennis courts, rose beds, a tunnel under the busy road to another part of the garden. How the other half live! Bliss. 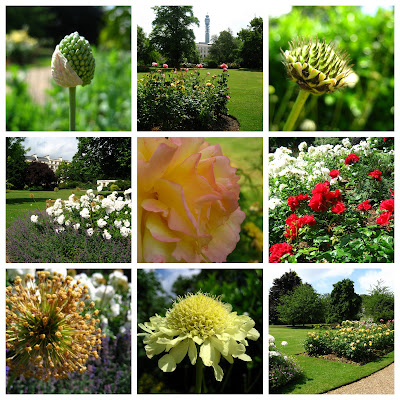 Next stop was the Royal College of Physicians' Medicinal Garden with some intriguing and insightful plants. 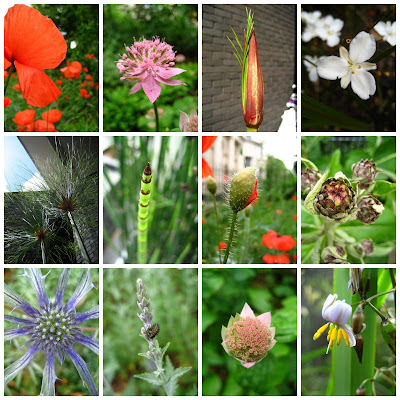 We meandered down to the British Museum to have a look at their Indian garden which was so-so. 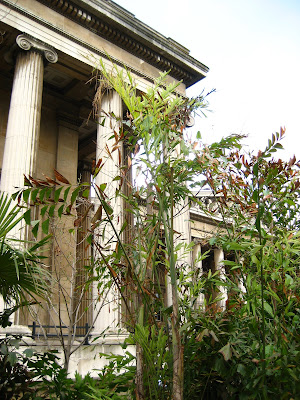 And then moved on to Russell Square where we met this rather good looking guy and some of his friends. Talk about striking a pose! 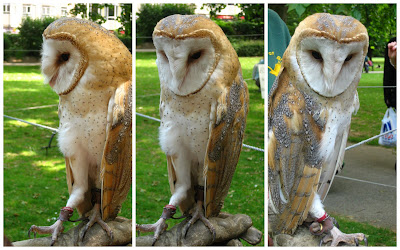 A stroll down Southampton Row to Mr M's favourite tool stop as the Queen's fly-by lined up overhead and a quick pit stop at a fantastic sandwich shop meant that we were on course for Covent Garden to find my birthday dress. 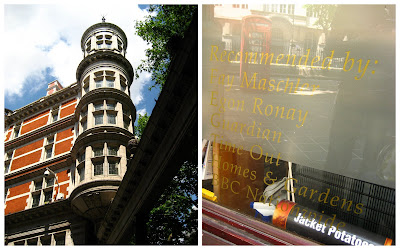 With said dress in hand, we had to get our skates on to make our next destination on time. A quick hop on the Piccadilly Line and we found ourselves in Cadogan Place Gardens on Sloane Street. Why? Because 4 members of the Philharmonic Orchestra were playing from 2-3. We got there just after they had started. And, boy, were we pleased to see the drinks tent. So, with glasses of chilled wine, soft grass underfoot and the sun shining, we sprawled in the shade feeling rather sophisticated and incredibly chuffed with our fantastic day. 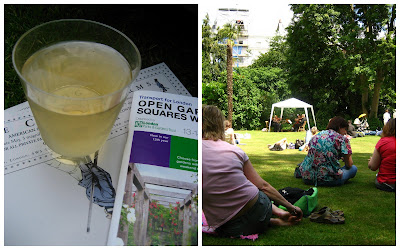 So, if you are at a loose end tomorrow, I would strongly recommend that you pop along to any of the gardens on their website. It will cost you £8 which gives you entry to some wonderful gardens in London which you wouldn't normally get to see. And the quartet will be playing at the same time, same place tomorrow afternoon. Oh, and one other marvellous thing rounded off a perfect day. 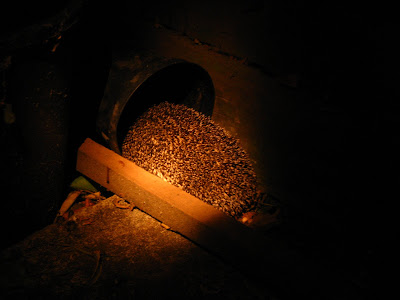 Yes folks, we have a hodgeheg - it's the first time in 4 years that we've caught sight of one in the garden and we are so chuffed. He's playing hide and seek in the flower pot. Brilliant, snuffly wonderfulness.

Posted by The domestic novice at 23:57