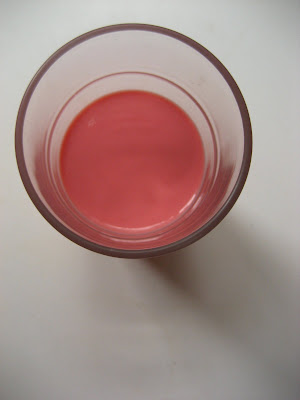 Raspberry smoothie from Super Duper Soups by Michael van Straten which looks an awful lot like a poster paint pot I once had. I used Mr M's blender/juicer thingummy for the first time (recently rediscovered at the back of a cupboard) and had lots of fun making a huge amount of mess in a bid to get rid of the pips. 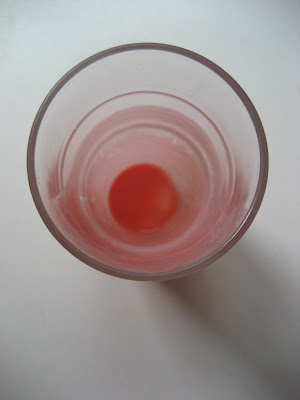 It was delicious, if a little tart - we're going to try it with a dash of apple juice next time. I now have the smoothie bug - the blitz button is really quite hypnotic.
Posted by The domestic novice at 22:03